Skip to content
Home » The Rule Of Law – What Is It – Why Is It Important?

The rule of law provides the framework to ensure a balanced, fair and peaceful society by ensuring that justice is fairly applied and enforced equally to all people, governments and institutions.

The United Nations state the Rule Of Law as being:

A principle of governance in which all persons, institutions and entities, public and private, including the State itself, are accountable to laws that are publicly promulgated, equally enforced and independently adjudicated, and which are consistent with international human rights norms and standards.

Why Is The Rule Of Law Important?

It is the foundation that ensures the protection of common rights to live peacefully in a democratic society which is fair and open to all.

It is ‘fundamental to international peace and security and political stability. UN.org

The rule of law is fundamental to the development of a harmonious and prosperous society. It also protects citizens from governments by making them accountable for their actions.

For more see What Is Law? (Internal Link) 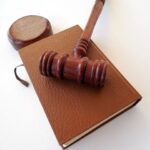 Who Makes The Laws?

Countries have different names for the appointed authority who makes laws in the U.S Congress is the legislative branch with the power or authority to make laws. In the U.K. the House of Commons is the body which decides and passes new laws. In China, the National People’s Congress (NPC) is the highest-ranking legislative body in the PRC government.

Who Enforces The Law?

The law enforcement officer’s function is to enforce laws and solve criminal or other acts which are in breach of the law.

Law enforcement officials shall at all times fulfil the duty imposed upon them by law, by serving the community and by protecting all persons against illegal acts, consistent with the high degree of responsibility required by their profession. United Nations.

Abuse of process – This is when something in the legal proceedings is so unfair the court should not be allowed to continue such as the improper use of a civil or criminal legal procedure intending to harm another. A common example used is forcing payment (of a fine or costs) through fear of legal entanglement to gain an unfair or illegal advantage.

Legal bullying – Unfortunately, for many, the stress and cost of legal proceedings can cause significant harm to those involved and can be used as a threat to injure another. Legal bullying is when someone uses the law or legal threats to control and scare others.

The Growing Surveillance Society – There are an increasing number of claims that lawmakers themselves are abusing legal systems in the name of security, some calling it ‘the greatest assault on the privacy of ordinary Americans’ aclu.org (External link).

Just reference:MakeMeClever.com thank you for sharing our Cleverness.

Be Clever and get FREE promotion for your website, product or service.

Share Your Cleverness Here  – We love to hear from you.