The UK Parliament is made up of two separate Houses:

This is a representative body, the membership of which is elected. Certain persons are disqualified from membership by profession or occupation (for example, full-time judges) or by status (for instance, persons under the age of 21).

This is the second chamber of the UK Parliament. It is independent from, and complements the work of, the elected House of Commons. The Lords share the task of making and shaping laws and checking and challenging the work of the government. (See: www.parliament.uk).

This is the government body that writes the laws in England.

This part of the government is responsible for enforcing the law and includes all the judges who hear cases in court.

This is the judge below the Lord Chief Justice.

President of the Family Division

This is the judge below the Master of Rolls.

The judges below the President of the Family Division.

The judges below the Law Lords.

The judges below the Circuit Judges.

People who are not judges but can play an important role in the administration of justice, such as heads of government offices.

This independent commission selects candidates for judicial office in courts and tribunals in England and Wales, and occasionally Scotland or Northern Ireland. JAC is an executive non-departmental public body, sponsored by the Ministry of Justice. See: https://judicialappointments.digital/

The Ministry Of Justice

The Minister of Justice does not get involved in individual cases. They determine guidelines that relate to general policy of the Prosecutor and the State Attorney and the decisions of the Attorney general.

The court system is divided into two parts:

With some overlap between the two.

These administer justice and seek to resolve disputes between parties. Civil Court powers:

The courts in the criminal jurisdiction administer justice and consider charges brought by the State against a defendant for breaking the law. These courts have some civil functions.

This is the final court of appeal in the UK. It hears appeals on arguable points of law of public importance for the whole of the UK in civil cases, and for England and Wales and Northern Ireland in criminal cases.

The Court of Appeal is divided into two divisions:

The Court of Appeal may uphold or reverse the case below. It may also give a new judgment or order a new trial.

This is the final criminal court of appeal. There are 12 Law Lords, presided over by the Lord Chancellor. The House of Lords hears appeals from the Court of Appeals. The House of Lords is important in human rights law because it can rule that an Act of Parliament is contrary to the 1998 Human Rights Act.

The High Court hears the more serious and complex civil and family cases at first instance. The high court is divided into three divisions:

These courts hear cases within their geographic catchment area. They have general jurisdiction and can hear cases involving:

This has national jurisdiction and brings all levels of family-related cases together in the same court.

Most magistrates are lay people, not judges. They receive legal advice from a law clerk. Most criminal cases start in Magistrate’s Court. It contains a Youth Court dealing with defendants under 18.

Any court may (and the House of Lords must) seek a preliminary ruling on a relevant point of European law. 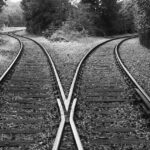 Civil law cases are assigned to a track based on the wishes of the parties, the view of the judge, the value of the claim, issues of privacy, and the time needed to resolve the case.

When a case is started, it goes to one of three tracks:

In a county court, you can sue someone for small claims. These claims are heard by a district judge with an appeal to a circuit judge.

Claims for between $5000 and 15,000 will be fast-tracked in county court. The cases cannot last more than one day and there is a limit on how much the lawyers’ costs can be. If heard by a district judge, the appeal is made to a circuit judge. A second appeal can be made to the Court of Appeal, but they often won’t take them.

Claims over $15,000 are multi-tracked. If the claim is over $50,000 it will be heard in High Court. It might also be held in High Court for certain other reasons. If heard by a district judge, circuit judge, or High Court judge, the appeal is to the Court of Appeal.

Make suggestions, edit, and add your Cleverness to this page in the comments or click  HERE.

It’s FREE to share, just reference Makemeclever.com Thank you for sharing Cleverness with others.

Be part of the Clever Community

It’s easy to get FREE promotion for your site, product, or service. All you have to do is share your Cleverness with us directly at info@makemeclever.com  or find out more about being part of our Clever Community – we know you’re Clever and we’d love you to be part of the Clever Community.