The main function of law is to:

According to Cornell Law School, a ‘legal system’ is a procedure or process for interpreting and enforcing the law’.

Legal Systems provide rules and procedures to enable public and private institutions to carry out business operations using recognized and legitimate means (legally). It outlines the rights and responsibilities of business partners in different ways to establish the rules of a given society and the rights of the people who make up that society.

In an attempt to harmonize legal systems there have been many agreements and treaties made between countries with the aim of promoting business operations between two or more sovereign states. For example, the European Union has its own legal system. There are over 180 sovereign states in the United Nations Organization. There are five main legal systems in use today:

Note: There are many other legal systems in use in the world that may be locally, culturally or religious based. 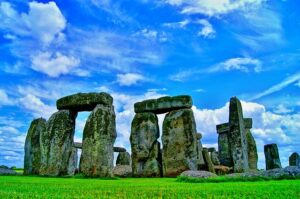 Religious and secular (non-spiritual) legal systems are quite different. The source of religious law is the holy being and is legislated through the prophets. An officer of that religion usually judges disputes which often means that the same person is both judge and priest. Currently, few countries use solely a religious legal system. Some countries operate a dual system where religious rules govern the people and religious courts judge disputes related to areas such as marriage, divorce, and family relationships.

Human beings as opposed to deities make secular law. The judge is separate and supported by legal independence. The Secular legal system also covers a wide area than the Religions System including public and commercial law.

Introduction To The Main Legal Systems

Common law comes from English history. The judge is of central importance in the development of law. Law is developed through the repetition of legal principles by the decisions of the courts. Common law systems are adversarial, rather than investigatory, with the judge moderating between two opposing parties. Courts interpret statutes to determine and apply the intent of the law.

This legal system generally relies on precedent and judicial decisions that have been made in previous judgements. The court develops a body of common law that applies alongside the statute. In Latin, this is known as “stare decisis” or “let the decision stand”.  Common law can be overruled by legislative law.

By requiring wrongdoers to pay compensation to those whom they intentionally or negligently injure, common law performs an important social and regulatory function: encouraging the adoption of reasonable safeguards to protect others. www.lawyersalliance.com.au

This is the most widespread legal system in the world. It is a law system is that is organized into written codes. Civil law originally came from the Roman legal tradition. Its practical application varies between nations and should be viewed on a national level as the legal codes are frequently updated locally.

The main source of law is a written code and aims to address specific areas of law through statute or codified rules. Judge-made law is not a central focus in civil, criminal and commercial courts. Previous judicial decisions do not have a binding effect on courts in future trials. The Judge interprets and applies the rules to a case in a similar way to the common law system. Previous court decisions may only have an influence on future cases. Legislative acts (not judicial opinions) are considered binding.

These are based on the nation’s customs that have been accepted as rules and passed into law.  The legal system may not be formally codified (written). Customs govern social relations that are widely accepted by the community. The community seniors mainly pass them down through generations. The systems may be mixed with other legal systems practised within the jurisdiction.

The law comes from religious texts, beliefs and traditions.  Islamic (Sharia) law is based in whole or in part on the Quran. It is the most widespread religious law system. It rules over both public and private life. Laws vary widely between Muslim countries.

Just reference Makemeclever.com and thank you for sharing Cleverness with others.